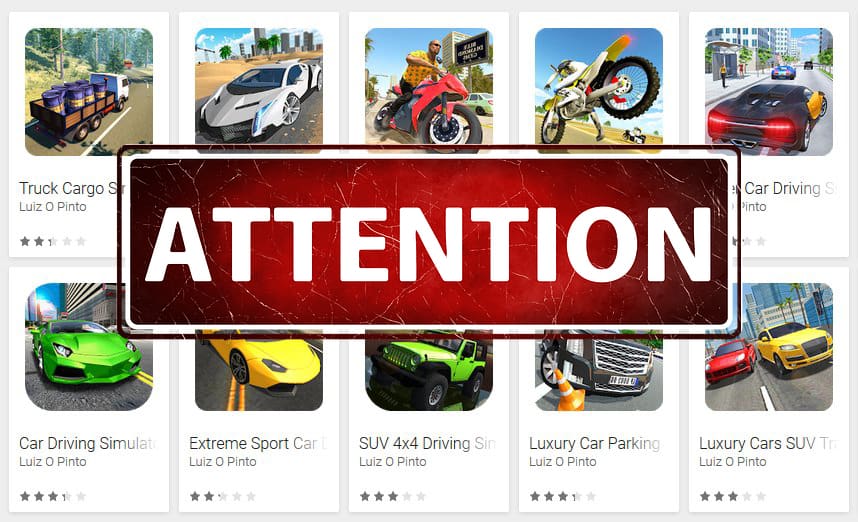 More than 500,000 people downloaded games on the Google Play Store that were infected with nasty malware — here are the 13 apps affected

A security researcher has discovered that a hacker group has managed to smuggle 13 “games” into the Google Play Store which have collectively been installed more than 560,000 times.

Discovered by a Senior Malware Researcher Lukas Stefanko from ESET, some of the apps which were all published by the same cybercriminal under the name Luiz O Pinto, were so popular they managed to get to the Google Play Trending chart despite having no legitimate functionality.

It has come to light that once installed in the device, they never functioned properly and tend to crash whenever the user tried to open the app. And over time, they hide their icon from the view of the user on the mobile screen and at random, asks the user to install the new application called Game Center, which again has no functional purpose. Then unsuspecting users install it and over time, without the consent of the user, it used to install malware in the background to steal sensitive information.

If you’ve downloaded one of the apps above, your best bet is to factory reset your device after backing up your photos, text messages, and anything else you want to keep. If that’s too drastic, you could try uninstalling the offending app as Digital Trends recommends and downloading an anti-malware app, like Malwarebytes, to get rid of the malware.

Google will hopefully learn a lesson from this episode and pull up its socks to improve security measures to screen apps coming into the Play Store.